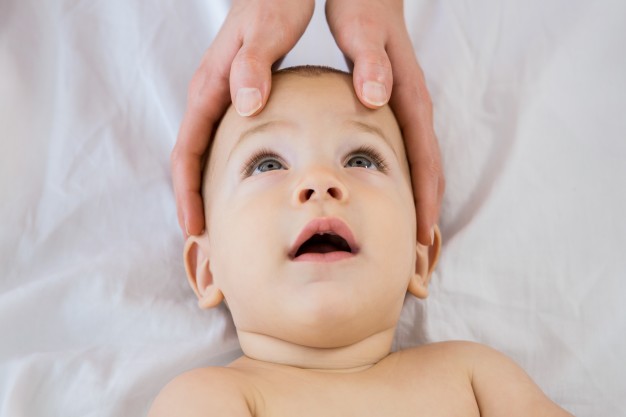 Plagiocephaly, or flat head syndrome, is a cranial deformation that affects in the first months of their life, hundreds of newborns in Quebec each year. Generally, plagiocephaly is detected by parents or a pediatrician during a routine appointment.

The causes of plagiocephaly can be prenatal or postnatal: 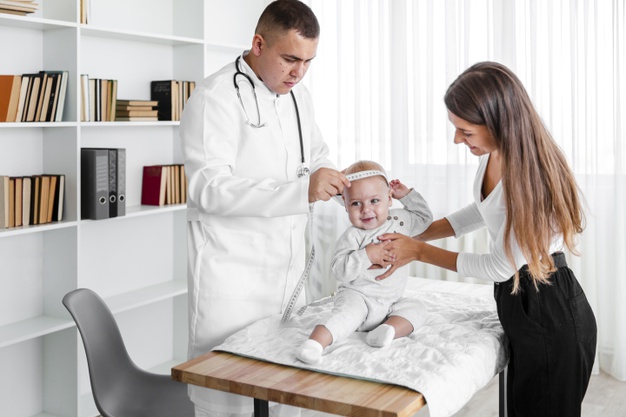 When plagiocephaly is diagnosed quickly, there are several treatment options available to parents such as physiotherapy, kinesiology or osteopathy. It is also highly recommended to combine these options with an orthopedic treatment; a cranial orthosis commonly known as a “plagio helmet for babies”.

The orthopedic treatment of plagiocephaly consists in having the baby wear a cranial orthosis whose purpose is to prevent deformations of the head and to orient the growth of the skull.

In the helmet, the contact areas stop the growth of the most prominent areas of the head, while the expansion areas allow the flat parts of the skull to grow. Thus, according to the evolution of the cranial volume, growth is channeled by strategically oriented correction zones, which guide the cranial box towards a good balance.

Beginning of treatment and follow-up

Following the delivery of the cranial orthosis by the orthotist-prosthetist, a follow-up appointment is usually done within 4 to 6 weeks. The orthotist can then make progressive adjustments adapted to the growth of the skull to obtain optimal results.

For best results, it is recommended that the child wear the cranial brace between  18 and 23 hours per day. A follow-up will be carried out to determine the progress of the correction and the need or not to continue the treatment.

Depending on the severity of the deformity, the orthopedic treatment lasts between 3 and 8 months. The effectiveness of treatments by cranial orthosis is extremely reduced beyond the 12 months of the child, because the closure of the bregmatic fontanelle (crossroads of the sutures of the cranial box present at birth) is observed around 12-18 months * which considerably reduces the malleability of the skull. The treatment with a cranial orthosis should never last beyond 18 months, as it is considered useless and ineffective.

End of treatment and future

Plagiocephaly  is considered treated when the asymmetry of the child’s head is minimized. This can vary depending on the age, ethnicity and gender of the child. It is sometimes possible that a small deformation persists, but this will have very little, see no consequences on the growth of the child.

Manufacture of a cranial orthosis

The first step in designing a custom-made cranial orthosis is to take an impression of the child’s head during the first appointment with an orthotist-prosthetist. There are two methods for taking an impression, either plaster molding or 3D contactless scanning.

Plaster molding is a method that has been used for several years, but which can be very restrictive for children. The orthotist-prosthetist must make a plaster of Paris molding around the baby’s head in order to take the measurements.

Taking a 3D scan impression is by far the best method, as it is contactless, safe, fast and very effective. The baby’s skull scan is done in seconds, which significantly reduces baby’s stress.

The data is then sent to a mobile application where options, such as the choice of finishes, can be added. The custom-made cranial orthotics are produced in the factory by the latest technologies, within a few days.

At the end of the treatment, iBrace provides a production report to the orthotist including the 3D visualization as well as the measurements before and after the treatment. 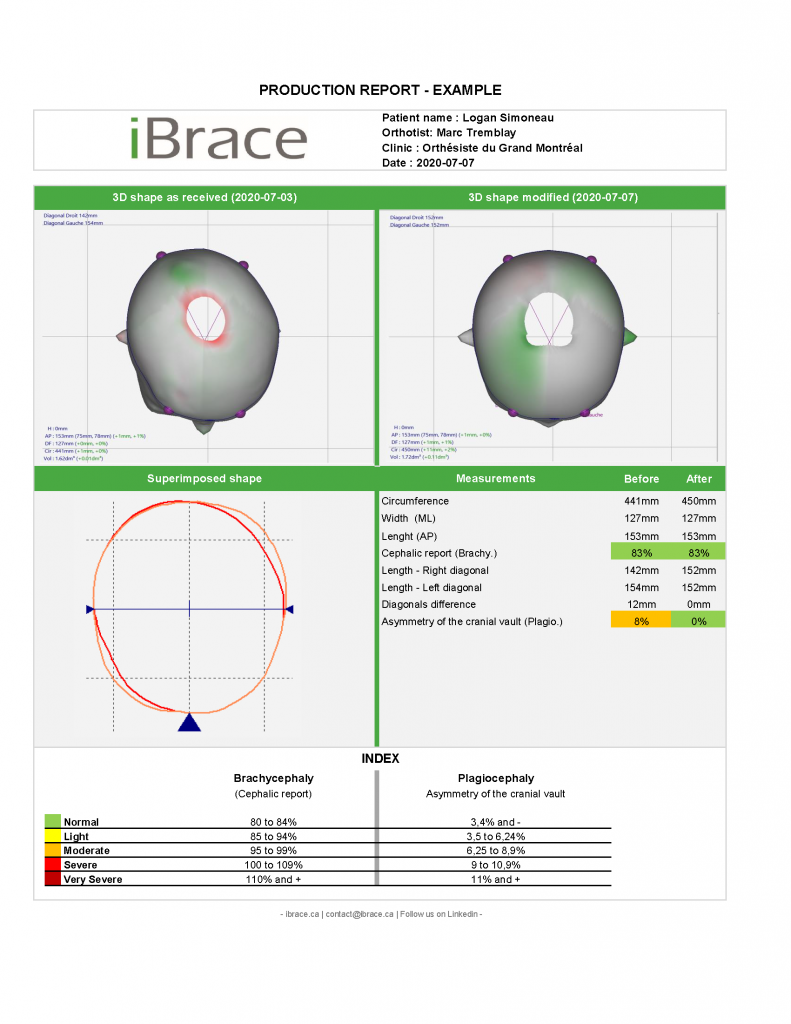 Learn more about our plagiocephaly helmets 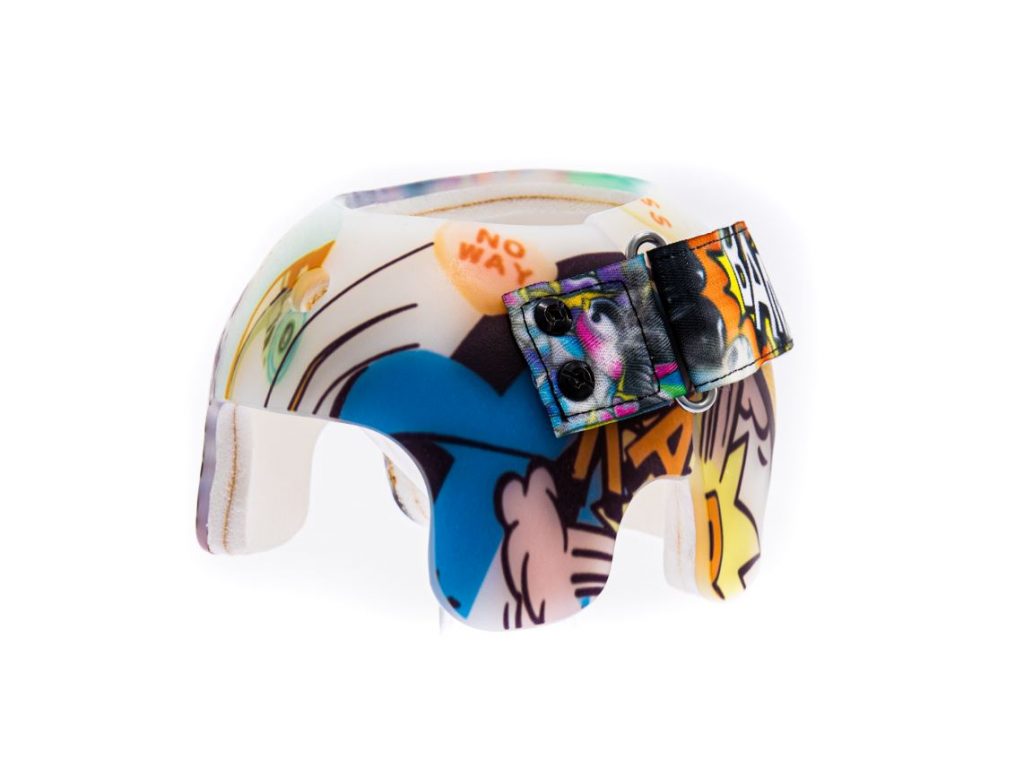